Posted on November 16, 2018 by thegoodshiphanvey

I’m relieved and proud to announce that my first collection of poetry is now available in book shops. It’s currently available on the rainy Isles and will be available in North America from 19.11. If you’re not in those territories, then the only way to get your hands on a copy is via Amazon and the likes. The plan is to publish in other countries in 2019.

Me with Michael Longley, a darlin’ of a man and one of my favourite poets. He had the following to say about my first collection of poetry. Proud as punch.

‘Reconstructions is a wondrous outburst. Steafán Hanvey’s poems are bold improvisations on his themes of conflict and community. These heartfelt refractions find their own shape. They are nobly dishevelled, and they cry out to be read.’ –Michael Longley 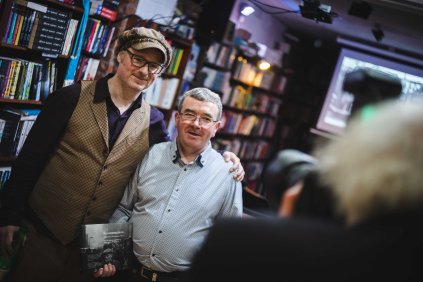 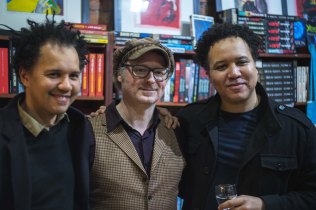 Photo: my da (David Torrens, owner of No Alibis)) 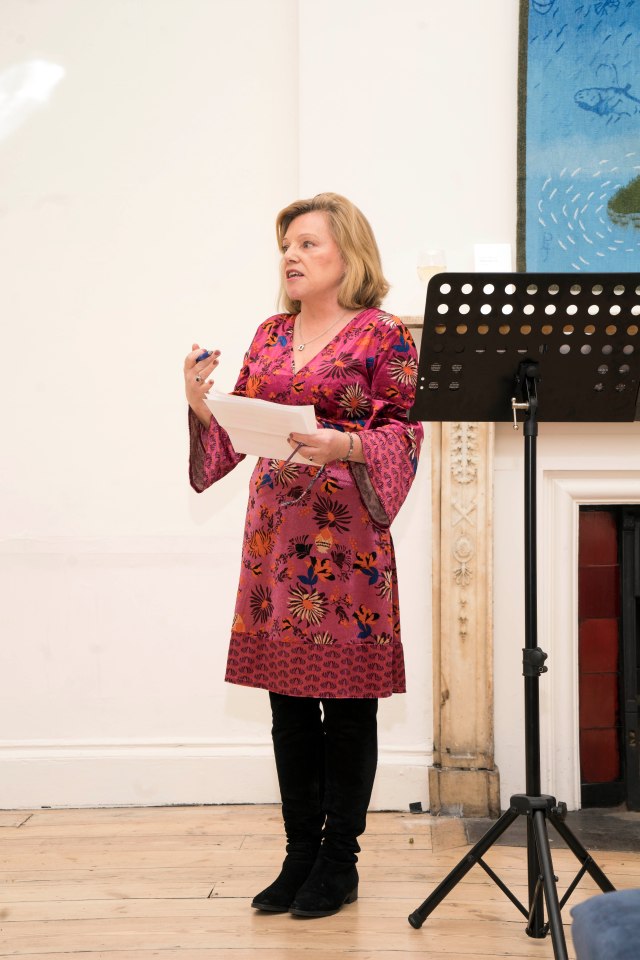 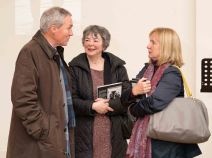 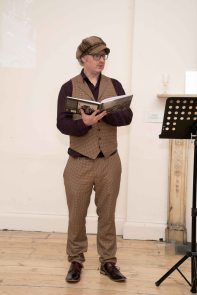 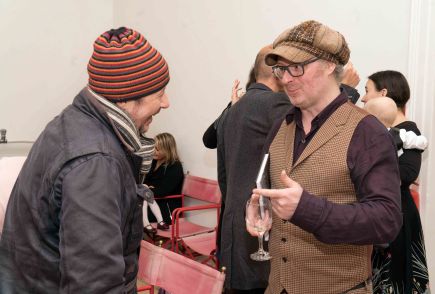 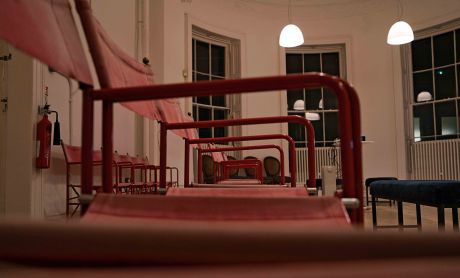 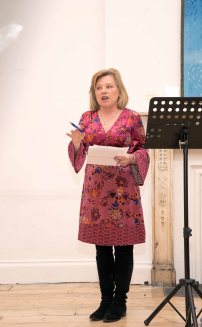 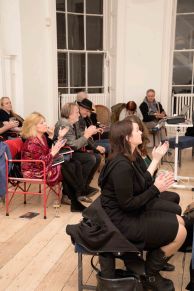 I Signed a Book Deal

Posted on August 10, 2018 by thegoodshiphanvey

What’s that? Didn’t I go and sign a book deal

How long? A year in the making

What about the music? Yes, records in production. 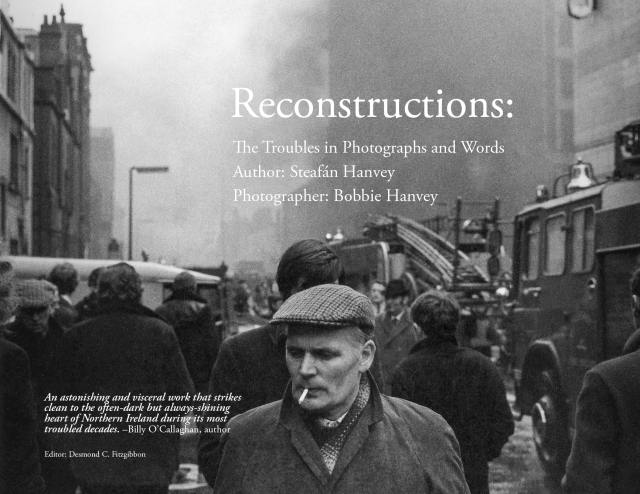 Between seeing my daughter and son being brought into the world, changing a lot of nappies in the mustard factory and chronic migraine pain, brought on, in part, by a neck like a broken packet of digestive biscuits, I somehow got to produce my first collection of poetry.

I curated some of my father’s photographs that I’d grown up surrounded by, some I’d watched being taken, others being developed, some that lurked in the shadows and down from our living room wall, others, part inspiration, part confirmation, in that I had reacted to some in the form of new poems, whereas others complemented pieces I’d written at earlier stages of my life. Come October, the words will get a chance to speak for themselves.

The upshot is a hardback book of offerings, due for worldwide release.
I’ve begun working on the audiobook tracks in my home studio and look forward to having that ready for the release of the hardback and ebook editions. More on the book soon, but I’m happy to finally share the news with you. It looks like I’ll be seeing many of you in 2019!

To get a flavour of what’s in store, here’s video and audio links to my first ever live recital of this poem, as a guest on the Panti Bliss show, “Pantisocracy” (RTE 1), where I was invited to share the room with the wonderfully talented Saint Sister, Rita Duffy and David Honeyford. The poem is called “Late Developer”, and details time spent in the darkroom as a nipper, watching my Da bring his new creations into the world, under the red light, often images of scenes I had been present at, while my father snapped away, sometimes, only minutes earlier.

Back soon with more exciting developments.

Love’s the only show in town.

Back to Boston College and Le Moyne | US Wintery Tour

Posted on October 24, 2014 by thegoodshiphanvey

I am happy to announce that I will be back performing at Boston College in February 2015. The date is currently being finalised, so watch this space.

I will also be back performing at Le Moyne College in Syracuse, NY on February 6th. Very much looking forward to these dates.

The groovy people over at Babysue think Steafán’s “one incredibly smart and talented fellow”. We beg to differ, but who are we to argue with Babysue? They also had other really nice things to say of Steafán’s sophomore album, Nuclear Family:

“Steafán has the skills and the voice to go all the way if he chooses to.”

“The album is slick, smart, inventive, genuine, and pure.”

The good folk at No Depression Music blog, the authority on roots and Americana, have published their interview with me about my new album “Nuclear Family” and growing up in Northern Ireland during The Troubles.

Album review | Caught In the Carousel

Just in from the good folk at Caught In The Carousel:

“Hanvey’s delivery has the lilting beauty of Elliott Smith and the soaring power of Mike Scott of the Waterboys but his own brand of haunting finesse is all his own.”

“A marvelous and knowing effort.”

NPR published this really cool documentary on their Morning Edition show, about me and my da.